Magic mushrooms are among nature’s most powerful psychedelics. We often (if not always) associate them with tripping and intense hallucinations. But they also offer countless potential benefits and interesting effects. These are constantly being researched, in hopes of one day revealing the secrets of our fungal friends and helping people. In this article, we delve into the lesser-known benefits of magic mushrooms. There are many unsubstantiated claims and incorrect anecdotal information circulating around this hallucinogenic drug. Yet the substance potentially improves everyday life. Let’s quickly discover what the other benefits of magic mushrooms are, besides a trip.

MAGIC MUSHROOMS CAN CHANGE YOUR PERSONALITY

Many people swear that they had a life-changing or profound experience after using magic mushrooms. In addition, they state that their personality changed after using. But is there a cause for this? Well, magic mushrooms contain a chemical compound known as psilocybin. This compound may have a pronounced effect on the brain. This happens mainly in areas that control mood, perception and cognition. Many users claim to feel more open and relaxed after a mushroom trip. Of course, it is possible that several factors are responsible for this feeling. The set and setting play a large role, as well as mental health, well-being, and open-mindedness. Mushrooms are able to make us see the good and the bad, both in our environment and in ourselves. But they also sometimes make us more open-minded and more strongly connected to nature. Possibly this has to do with the natural properties of the mushrooms. Many users claim to feel more spiritual after using this hallucinogenic drug. The ego disappears like snow in the sun.

After enlightenment, reflection often occurs. In the days and weeks after using magic mushrooms, users often reflect on their life choices. This idea sounds profound and pretentious. Yet many people claim that thanks to magic mushrooms they experience a new sense of open-mindedness. As a result, they take a hard look at their lives. This may lead to changes in unhealthy habits. Or you may suddenly realize that you want to feel fitter and healthier. Numerous users report more inspiration and make changes in their lives that they didn’t plan before.

As mentioned, psilocybin seems to be the responsible compound in magic mushrooms for these cognitive changes. In addition, the substance is able to connect areas of the brain that do not normally communicate with each other. This creates a kind of cooperative bond. Extensive research has been done in this area using fMRI. The results show that there is increased synchronicity between various brain regions. This then promotes a hyperconnected network. The brain temporarily functions at a higher level, then returns to baseline. That’s not bad for a mushroom, don’t you think?

Psychedelics and creativity have been a topic of discussion for some time. There are many examples of artists and musicians using magic mushrooms to boost their creative work. Again, the assumption is that this is due to the inspirational compound psilocybin. We already wrote about the possible effects on personality, perception and receptivity to new insights, but these factors are obviously also essential for creativity. Basically, using magic mushrooms can boost creativity at the time of ingestion, but also in the days and weeks after the trip. Some people rely on a single trip for their creative outbursts. Others microdose in an effort to keep their brains synchronized, productive and creative. Some creative productions can be found in psytrance music and psychedelic art. Both are created as direct interpretations of feelings, perceptions or hallucinations experienced during or shortly after a mushroom trip. The results are often as the name suggests; both invoke psychedelic images or sounds that complement or influence a high.

We know by now that magic mushrooms have an impact on your personality. But what about mood? As mentioned, there are many factors to consider, such as your environment and your mental well-being. However, magic mushrooms are not a quick fix for people with mental health problems. This complicated issue is still the subject of extensive research. Many users say they feel more open and empathetic during and after a mushroom trip. Some experience deep emotional revelations that improve their state of mind or relieve sadness. Some people find it difficult to see problems in a different perspective. Shrooms can then provide just that push for internal progress.

So, now you know 5 surprising or lesser known benefits of magic mushrooms. As mentioned, there are ongoing studies on the properties of this enchanting hallucinogenic. And there is still much to discover. The future of magic mushrooms is definitely exciting and worth your attention. Who knows what the future holds and what breakthroughs will be made….

We will send emails for meetings and special events. We WILL NOT share your email with anyone outside of NORML. 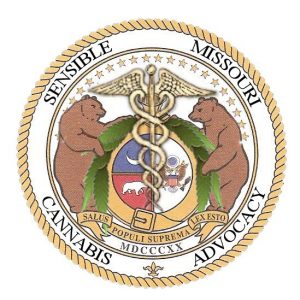